Businesses large and small are taking advantage of social media Web sites such as Facebook and Twitter to boost their marketing, and your Oilheat business can benefit as well. 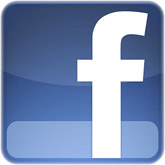 It is hard to imagine Oilheat dealers getting mileage our of Twitter posts. "Tweeting" about what's for sale is acceptable when you're an itinerant crème brûlée vendor, but an Oilheat company has no built-in reason to send frequent updates. You could tweet about price fluctuations, but then you'd be focusing people on price - not to mention boring them.

Oilheat companies should not use any of these sites for sales pitches. Social media is all about voluntary associations. With one click of a mouse, a user can become a Facebook "fan" of your company, and they can end the association just as quickly. The goal is to build affinity, so it's all about what you say - and what you don't say. If people think you're just trying to sell, they will "unfriend" you. The key is to step back from selling and focus on crafting a positive image that fans and followers can embrace.

As such, Facebook is a vital center of influence - word of mouth on steroids, if you will. If a Facebook user in your area was looking for a new Oilheat supplier, they might broadcast a message to that effect, and one of their Facebook friends who is a customer of yours might recommend you. The prospect would then probably do a Facebook search on your company name, which would yield a directory listing including your company name, the display image you have chosen and - most importantly - your fan count. If you have a few hundred fans (an excellent number for a business like yours), the prospective customer has a strong signal about you - like a modern-day Good Housekeeping Seal of Approval.

Twitter, on the other hand, will probably never have the kind of relevance for Oilheat that Facebook does. In fact, Barron's reported in September that Twitter usage appeared to have peaked, and Nielsen Co. reported in April that 60% of U.S. Twitter users fail to return after one month.

It's hard to imagine an Oilheat dealer using a string of 140-character messages to build customer loyalty and attract new business. In fact, the most applicable use might be in tracking Twitter messages rather than creating them. You can find applications that track Twitter postings and then alert you when your terms appear. By monitoring "heating oil" and similar terms, you might be able to spot a user seeking advice on Oilheat in your area and reach out to them. You might also learn ahead of the competition that a local company is going under or having customer service problems. 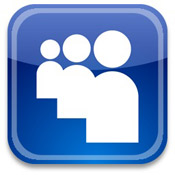 Richard Rutigliano is President of PriMedia, Inc., a full service marketing and communications firm with offices in New York City, Long Island and Boston. The company is now offering free marketing consultations to Oilheat retailers. Phone: 800-796-3342, or visit their Web sites at www.primediany.com and www.oilheat-advertising.com. 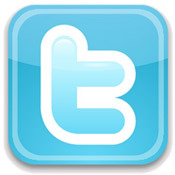