And Now a Word From Our Sponsor

As summer unfolds, we can use a little breather. To that end, I'd like to talk about a topic we can all enjoy: television commercials. No matter how you feel about them, commercials can teach us a lot about marketing and communication - lessons we can use to improve our own outreach.

Here are some ads that I find particularly effective with some thoughts about what makes them work and what we can take from them. I'll start with some recent commercials then focus on some classics.

Apple's Mac vs. PC campaign: You don't have to be a Macintosh aficionado to appreciate the quality and effectiveness of this campaign. These ads promote Macintosh desktop and laptop computers by comparing them favorably to PCs - without ever showing any computers. Instead, they use actors Justin Long ("Hello, I'm a Mac.") and John Hodgman ("And I'm a PC.") to stand in for the computers, using their appearance, style and words to differentiate the systems. The Mac character has a hip, clean look and a smart way with words, while the PC character looks stuffy and sounds over-serious. The ads use crisp, humorous dialog to plant the distinct impression that Macs are smart, simple and highly capable computers, while PCs are needlessly complex and problematic.

These ads succeed by crystallizing and amplifying the images that Apple wants consumers to have of the rival computing systems. By embodying those images in actors and enacting the comparison in terms that every computer user can understand, Apple successfully encourages PC users to feel left out and left behind with their choice.

Hulu's "Alec in Huluwood": This hilarious ad for the Hulu online video service was one of the most memorable from the 2010 Super Bowl lineup. Alec Baldwin stars as a "spokesman" who explains how Hulu helps prepare the human brain for consumption by aliens. ("You know, they say TV will rot your brain. That's absurd. TV only softens the brain like a ripe banana. To take it all the way, we've created Hulu.") The outlandish script portrays Baldwin as part of a clandestine alien invasion that has created Hulu to subdue humans and ensure a steady supply of well-softened gray matter.

This ad works by creating a memorable impression with cutting-edge humor that highlights Hulu's value without getting caught up in the technological details. The style of this ad might seem edgy for HVAC, but isn't it time to break the mold?

Geico's Money With Eyes: This campaign features a series of ads in which a stack of bills outfitted with plastic eyes represents "the money you could be saving with Geico." The ads lack laugh-out-loud humor, but they succeed by putting the consumer's focus right where Geico wants it: on the potential for savings. Many advertisers talk about savings, but Geico objectifies savings as a character with a friendly personality. Geico's ad deftly relies on implication without discussing numbers or making refutable claims. Geico illustrates that you can occupy a strong position in a price debate by simply seizing the high ground.

Snickers With Betty White: This 2010 Super Bowl commercial was so popular that it propelled White to a hosting gig on Saturday Night Live. In the spot, Mars promotes Snickers as a pick-me-upper by demonstrating its energizing effects during a touch football game. "Mike, you're playing like Betty White out there," the quarterback says to one of his players, portrayed by the real Betty White, as he/she hobbles back to the huddle after messing up a play. White bites into a Snickers bar, and the hearty young man that she is supposed to be instantly reappears in her place.

This ad is pure magic, tapping into a potent but largely untapped vein of nostalgia and reverence, for which White is the perfect object. Snickers got a nice popularity boost for giving America a reason to re-embrace the 88-year-old White. At the same time, the ad successfully delivered Mars' message that a Snickers bar delivers a burst of energy.

HVAC might seem worlds away from candy bars when it comes to marketing, but the gap is really not that wide. Like many of our companies, Snickers has been satisfying customers for many decades. (The candy was introduced in 1930.) A Snickers bar also is but one choice among many apparently similar options - not unlike an HVAC company. Like Mars Inc., you can breathe new life into your brand and differentiate your company with a lively, endearing campaign.

Monster.com: When I Grow Up: A clever gimmick gives this ad its strength. The simple black-and-white commercial shows one child after another saying what they want to be when they grow up. Instead of firefighter, president or doctor, however, the children spout ambitions like "When I grow up, I want to file all day long," "I want to claw my way up to middle management," and "I want to be a yes man." It succeeds with surprise and good humor and by tapping into the working adult's frustrations. This ad promotes Monster.com effectively by focusing the viewer on a negative emotion they might feel: dissatisfaction with their current job.

John Hancock: Find the Answers: Simplicity and focus on consumer motivation are the key to this elegantly simple campaign for professional financial services. Each commercial features one uninterrupted shot of a person involved in an online text "chat" with their partner. There is no spoken dialog. Instead, the text of the chat is shown line-by-line onscreen, and the topic is the couple's finances. In the spot entitled "When We," the dialog goes like this: "Remember when we used to say 'WHEN' we retire, like it was a sure thing?" "I know. Then it became a lot of 'WILL WE' retire." "How do we get from 'WILL WE' back to 'WHEN WE'?"

Using simple text in place of spoken word in a television spot is a brilliant touch. The silence gets your attention and puts the focus squarely on the well-scripted words, while allowing the poignant emotion of the discussion to play silently on the one face the audience sees. The topic is simultaneously highly personal and universal, creating a strong connection for the viewer.

Those are some of the most effective television commercials from the recent past. Here are a few classics from the archives - and the lessons we can learn from them.

Federal Express' Fast-Paced World: This classic helped launch Federal Express as a leading brand in 1981 by using the unique talents of the world's fastest talking man (John Moschitta Jr., 586 words per minute) to crystallize the notion of a fast-paced business world. Combined with FedEx's clever slogan "When it absolutely, positively has to be there overnight," the ad instantly anointed FedEx as the world's fast delivery specialist. Like many of today's best commercials, this spot uses humor to get your attention and a sharply focused message to connect the company's service to the consumer's need.

I can imagine an HVAC company using this kind of humor to promote their conservation expertise. The ad could emphasize your superior services by showing the viewers a comically inefficient and wasteful home. You might sell some equipment with the ad, but more importantly you would brand the company as a forward-thinking provider of conservation solutions.

Wendy's Where's the Beef: Is there a more memorable line in advertising than "Where's the Beef?" Wendy's introduced this campaign in 1984, with actress Clara Peller posing the famous question while eyeing a tiny burger in an oversized bun at a restaurant that describes itself as "Home of the Big Bun." The ad strengthened the fast food chain's image by associating it with good humor and fair-sized portions.

Grey Poupon: Pardon Me: These ads from the 1980s were not great entertainment like many of the others on this list, but they were highly effective. They showed a wealthy man riding in the back seat of a chauffeured Rolls Royce, enjoying a meal with Grey Poupon mustard. When the car stops at a light next to another chauffeured Rolls Royce, the wealthy man in the second car rolls down his window to ask the first, in a cultured accent, "Pardon me. Would you have any Grey Poupon?" The campaign raised Grey Poupon's brand recognition and classified it as a luxury item in many minds simply by claiming that turf. Many people who saw those ads in the '80s can't hear the name Grey Poupon without conjuring the phrase "Pardon me..." in their mind.

This campaign is extremely pertinent to HVAC, because it differentiates one product from its similar competition simply by taking a strong position. If you sell a premium product of any kind, you can market it aggressively to tell your market that you are a cut above. A great campaign can make a small service advantage appear much larger.

Energizer Bunny: This is one of the most iconic campaigns in history, even if the icon in question is just a pink toy bunny. It is not uncommon to hear someone use the expression "Energizer Bunny" to describe an energetic person, which means that the advertising slogan has transcended its role as a marketing tool to become part of the vernacular. It's worth noting the simplicity of the campaign's key language: "Energizer Bunny" and "It keeps going and going."

This campaign offers valuable lessons for HVAC. First and foremost, you need to find a key point and make a commitment to build your image on it. For Energizer, it's battery life. For your company, it could be conservation expertise or online convenience. Even if you're strong in several areas, choose one and market on that, or develop parallel campaigns with a similar style. Use distinctive imagery and language to craft a simple message that gets noticed. Maybe it's startling. Maybe it's funny. Maybe it's catchy. Whatever it is, it makes a memorable impression, and it doesn't blend in with all the other ads.

I've focused on television commercials today, but the same lessons apply in every medium. Develop simple, distinct ads that give the audience a reason to remember you and like you, and you'll get more value from every ad you place.

Richard Rutigliano is president of PriMedia, Inc., a full-service marketing and communications firm specializing in the HVAC industry, with offices in New York City, Long Island and Boston. For more information, call (800) 796-3342 or visit www.primediany.com. 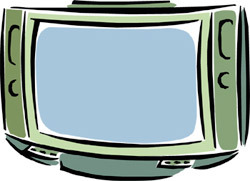